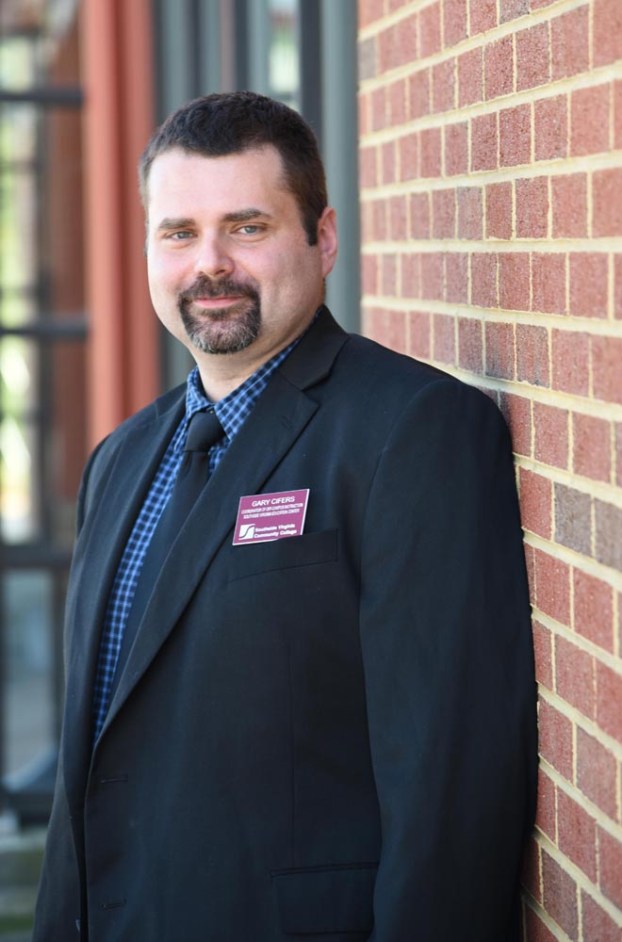 With no plans to attend college after high school, Gary Cifers accepted a challenge by a teacher to take just one class.

The rest, as they say, is history and a very impressive success story written at Southside Virginia Community College

“As I look back at my life, I think of how SVCC has helped me in my journey to success!  Getting ready to graduate from Greensville County High School in 1997, I was like most teenagers and had no idea what I wanted to do. High school wasn’t my favorite place and I was afraid college would be much the same…I soon learned it was much different,” said Cifers.

He continued, “I was working at a local grocery store and enjoyed it for the most part and thought I wanted to make a career in this field. Sandra Sykes, my accounting teacher in high school challenged me to take just one college class. I enrolled at SVCC and absolutely loved it. Shortly after I started college at SVCC, I obtained a job at Greensville/Emporia Department of Social Services, where I would work for the next seven years.”

Cifers admits, “Being hard headed, I didn’t listen to his wisdom and chose not to do the transfer program. Instead I chose to complete an associate’s degree in business management. Along the way I remember getting locked out of my math class because I was late…never imagining years later the instructor would become an awesome colleague of mine.”

After completing his business degree, Cifers discovered he was only a few classes away from an associate’s degree in information systems technology and decided to pursue this also.

“Even though this part of my education journey took a little longer, I am glad I chose this route because it was then that I met one of my best friends,” he said.

In 2002, Cifers began teaching a computer course at SVCC and discovered that he loved teaching. This prompted him to pursue a bachelor’s degree program at Old Dominion University.

In the midst of all of this, he applied for a full-time teaching position at SVCC and was selected as a finalist along with one of his college friends. Not being chosen turned his career path in a different, but positive, direction.

A couple of months later, he landed a full-time administrative office position at SVCC in Emporia. A few years and some more classes later, he had the privilege to move to an advisor position.

“It was here that I learned of my passion for helping students. There›s just something about seeing a brand new student come in, somewhat timid and reserved and seeing them succeed as they make their way on their success journey,” he said.

Along this part of his journey, he met Dr. Chad Patton, currently a dean at SVCC, who would become a great friend and mentor.   With more school in mind, Cifers completed a master’s degree in higher education that proved to be very beneficial in his position as interim coordinator of the Emporia Center of SVCC.

“Fast forward a couple of years and eventually I was promoted to coordinator of Southside Virginia Education Center in Emporia. In the realm of this position, one of my favorite times each year is to sit on the front row at graduation and watch the students walk across that stage…knowing that I had a small part in their success story,” he said.

In July, Cifers was fortunate to begin managing the Lake Country Advanced Knowledge Center in South Hill in addition to the SVEC in Emporia.

Cifers notes, “Just the other night I was talking to a young man who thanked me for connecting him with folks at a construction company and helping with his educational journey. Thanks to the welding classes he completed at SVCC and this connection, he was able to get a job paying $15 an hour…which led to a reliable car, a cell phone and being able to take his family to Kings Dominion for the first time ever…things that may seem small to most and that many take for granted, but meant so much to him and was evident by his huge smile.”

The man also commented that once he finished his classes in December, he would then be making $25-plus an hour…again the big smile and again the words of thanks.

“I owe a great deal to SVCC and I know they helped me start my success story, which led me to meet some of the most awesome people along the way! For this I am forever grateful,” Cifers said.

To get started on your success story, visit SVCC, visitwww.southside.edu or call 1-888-220-SVCC.

Four out of five schools in Charlotte County achieved full state accreditation based on the 2014-2015 Standard of Learning (SOL)... read more