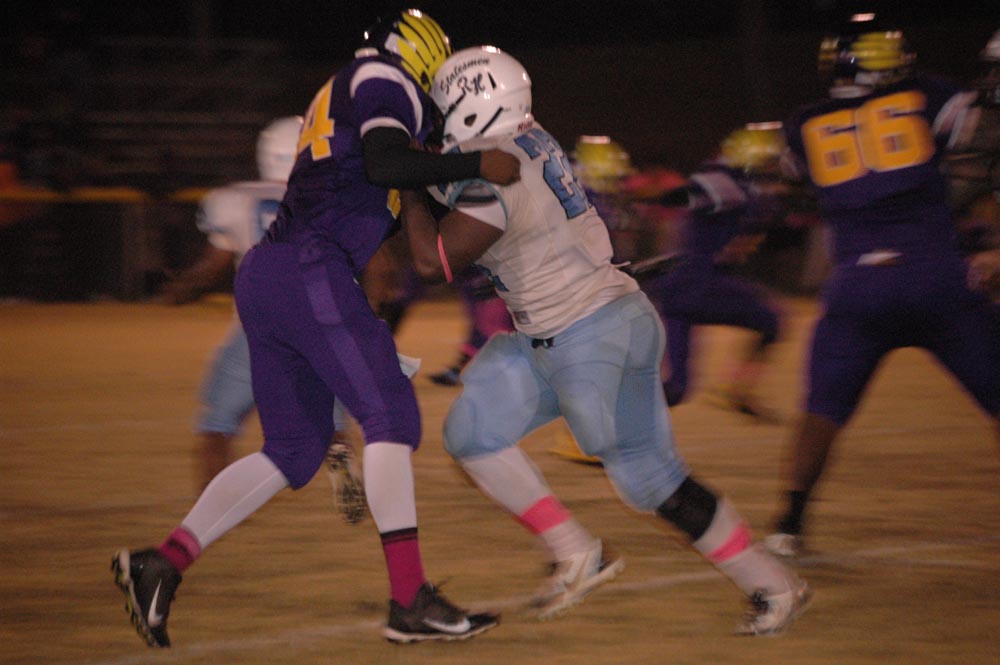 Randolph-Henry made a 56-46 second-half comeback win over Prince Edward after trailing 21-0 after the first quarter.

Although Prince Edward’s Delquan Bigelow had a 361-yard rushing night, however Joesph Reed’s second-half performance shut down the Eagles’ chances of maintaining that lead.

The Eagles hoped that tying the game 34-34 early in the fourth quarter and seeing Reed sick on the sidelines would get their team back in the game. But, Reed rallied and came back to aid the Statesmen victoriously.

“A very big part of that game was when Joseph did get sick. We are always talking about who’s the next man up,” said R-H football coach Mark McPherson.

“Our back-up quarterback (Spencer Parrish) came in (taking Reed’s place) and made some outstanding place. I am real proud of him. Not because he made the plays, but because he was prepared.”

Reed finished the night with six touchdowns, four being scored in the second half alone. Tyree Blow scored two touchdowns for the Statesmen as well.

With the win, Randolph-Henry improves to 4-4 in its overall season.

Currently the Statesmen stand 19th in the 2A West Region rankings. There is still a chance that the Statesmen could make the playoffs; however, they would have to defeat their next two opponents, and hope those above them in the rankings don’t play as well over the next two weeks.

R-H will host Buckingham at 7 p.m. on Friday.