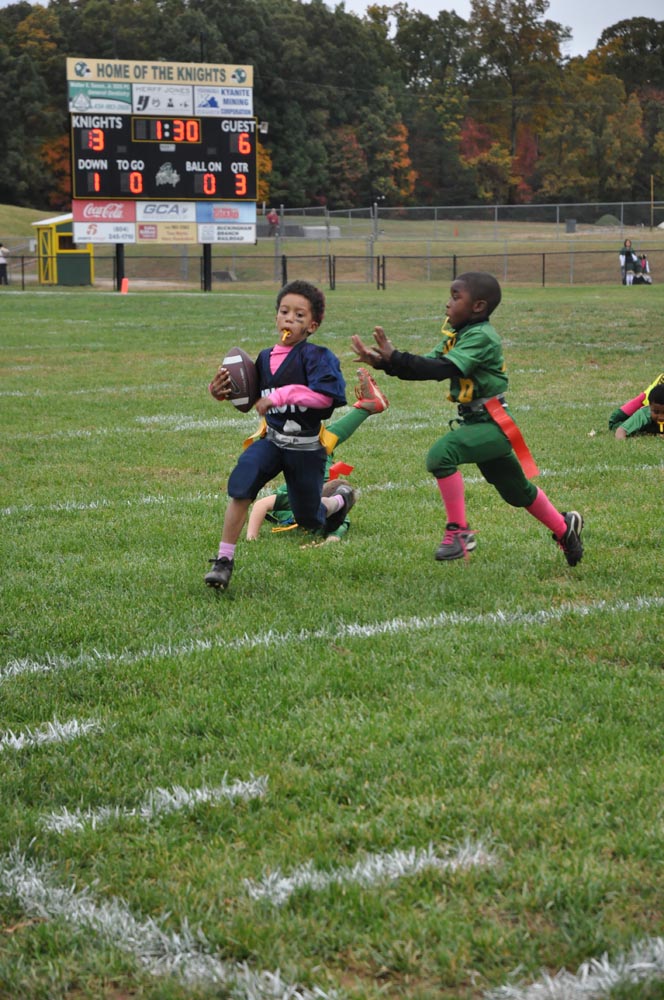 (Photo by Italia Gregory) Zajon Harvey runs the ball down the field in the Patriots flag football game against Buckingham.

On Saturday, the Charlotte County Patriots flag football and varsity teams traveled to Buckingham to face off in the James River District playoffs at Buckingham High School.

The Patriots Flag Football Team hit the field against the Buckingham Knights and managed a good fight, until falling 20-18 against the Knights in the fourth quarter.

Rashid Davis played an impressive offensive game by placing the Patriots Flag Football Team on the board in the first quarter with a 16-yard touchdown run, while evading three defenders. The extra-point attempt by the Patriots was unsuccessful.

By halftime, the Patriots were down 13-6 against the Buckingham Knights. Davis scored another 20-yard touchdown run in the third quarter, followed by an unsuccessful extra-point attempt.

Finally in the fourth quarter, Alex Gee played a tough defensive game by chasing down a 30-yard run to pull the flag on 1st and 10.

Davis scored a touchdown with only 13.9 seconds left in the game to bring the Patriots score to 20-18 with Buckingham in the lead.

The two-point conversion that was attempted to tie the game was unsuccessful, turning the ball back to Buckingham’s possession.

In the last seconds of the game, the Patriots stopped a 15-yard run by Buckingham before time expired, leaving a final score of 20-18.

The Charlotte County Patriots Varsity football team also fell short against Buckingham at Saturday’s James River District playoffs. The Patriots varsity team walked away with a final score of 19-6 and finished with an overall 8-3 record for the season.

“You win some and you lose some,” said David Locey, varsity head coach. “It’s tough to watch them lose as a coach,” he said.

However, Locey said that the varsity team was a great group of kids and they had a really good season.

Locey also mentioned that it was the last game for several of his varsity players who would be aging out. However, Locey said that the Randolph-Henry Statesmen have some good players coming soon. 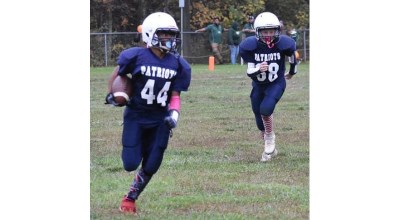 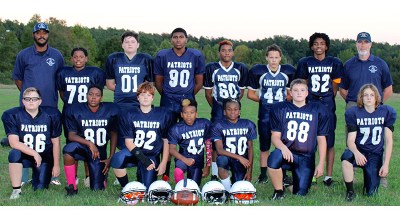 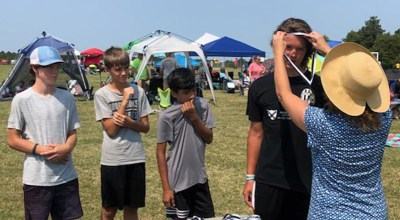 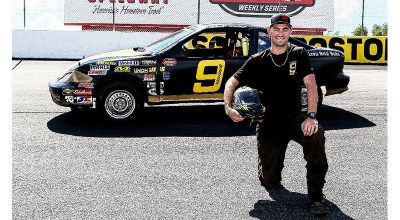