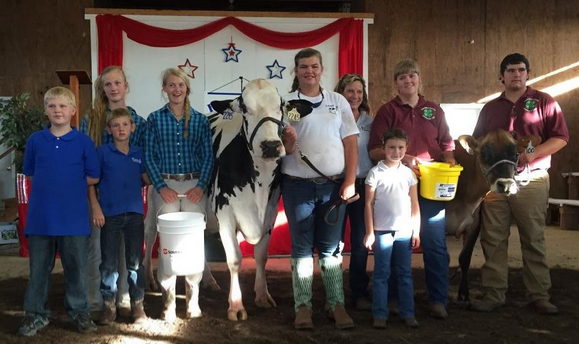 Showmanship evaluates the ability of the individual to properly manage and display their animal.

In the Holstein department, the grand champion was a 4-year-old dry cow exhibited by Seal and the reserve champion was a Junior Yearling Heifer shown by Bridgette Landis.

In the Jersey department both the grand champion, a 3-year-old dry cow, and the reserve champion, a Senior Heifer Calf, were exhibited by Hamlet.

The Word — Speak the word with boldness, sharing it with others