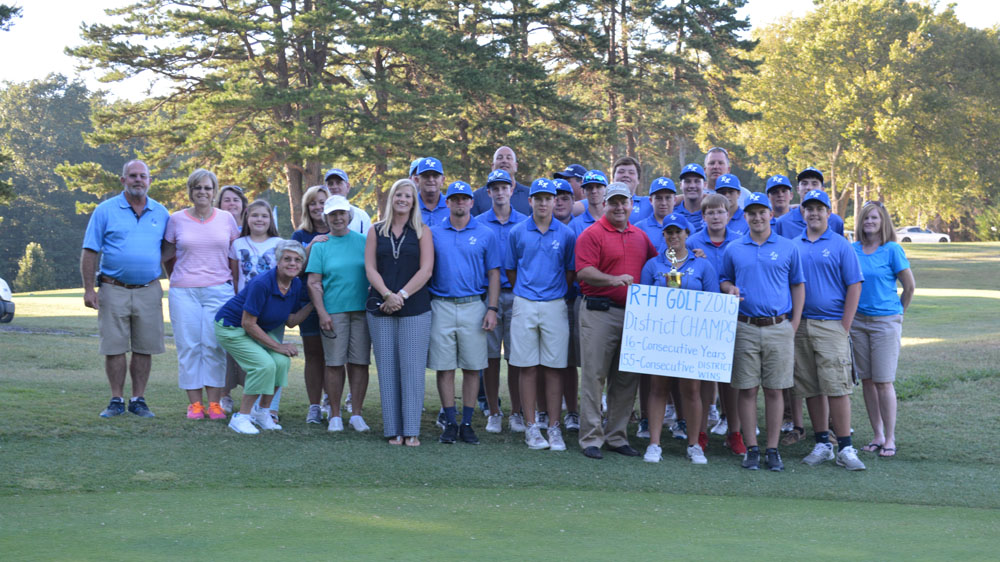 The Randolph-Henry High School golf team has done it again. Not only did they finish the season with an overall record of 24-0, but the were crowned the James River District champions for the 16th year in a row with an 18-0 district record.

“Congratulations to the 2015 Ttam on carrying on the tradition!  We were successful and have been for the last 22 years because Randolph-Henry players work hard, put team first and have a passion for the game of golf,” said Powell.

“I have a special appreciation to our players, fans, coach (Eddie) Pyle, Larry Dunn and everyone that supported the 2015 Randolph-Henry golf team. We now look forward to our post-season play.  Go Statesmen and good luck!”

The team finished up its regular season on Thursday, when R-H hosted Goochland and Bluestone high school at Briery Country Club. The Statesmen finished with a team score of 152, while Goochland came in second with 176 and Bluestone finished last with a 183 score.

Mason led the Statesmen in their last regular-season match with a score of 35. Adams closely followed with a 38, while Towery shot a 39. Lacks and Moore shot 40s.